The 1920s has been glamorised so much in recent years. 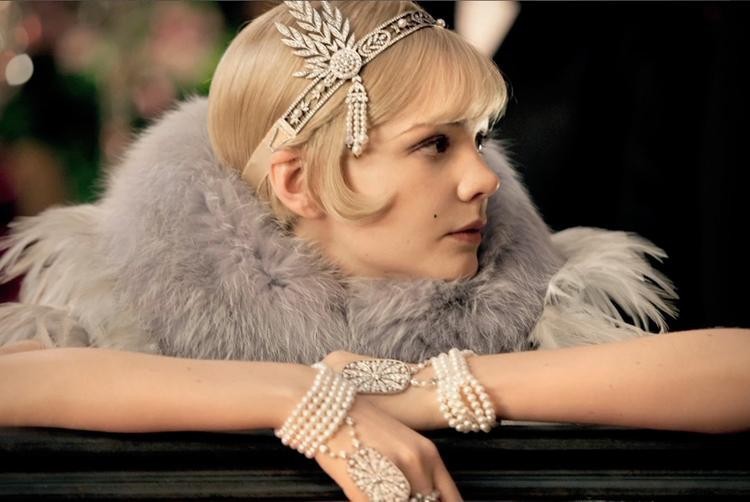 The 1920s has been glamorised so much in recent years, from the glitter of The Great Gatsby to the gangsters of TV show Boardwalk Empire. The influence of the twenties is everywhere in the fashion world. But what makes the era so iconic?

The Roaring Twenties was an era of rebellion and revolution in style. The young people of the time had just emerged from the tense years of war, and many embarked on a mission to celebrate and embrace life to the fullest.

Women were enjoying their new-found freedom. Rights movements won ladies the freedom to vote and work. The oppressive restraints of the Victorian era were cast off. And so were the clothes.

Corsets and petticoats were abandoned for loose-fitting and moveable dresses. Women began to take part in sports, and wore clothing to allow movement for golf, tennis and swimming. Shorts were also introduced as acceptable for women in some public places.

The hemline daringly crept up shorter over the decade. By the mid 1920s, they rose to a scandalous 14-16 inches from the ground, just below the knee.

Style changed in the twenties because the lifestyle changed. Fun-loving girls wore the short skirts with a dropped waist so that they could do the Charleston dance without baring too much flesh. Dresses were adorned with embellishments, fringes and feathers – anything that caught the eye while doing the ‘Shimmy’ on the dancefloor.

The Art Deco movement of the time was interpreted through fashion as geometric patterned beading was stitched into dresses. Strong lines and angles shed off the femininity of times gone by. 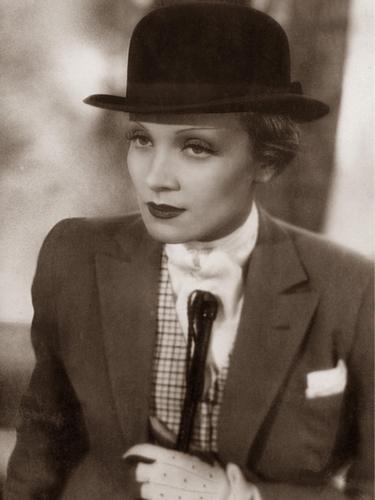 Actress and singer Marlene Dietrich was a prominent fashionista that promoted the androgynous look. Image via Pinterest

The bob was a statement look for the 1920s Flapper girl. As popularised by actresses Louise Brooks and Colleen Moore. Ladies bobbed their hair short to fit beneath the iconic Cloche Hat of the era. Short hair was all a part of the liberation movement.

Accessories were decadent and extravagant, all designed to project an air of opulence. Women draped themselves in long beaded necklaces, jewel-encrusted headbands, turbans, and scarves. 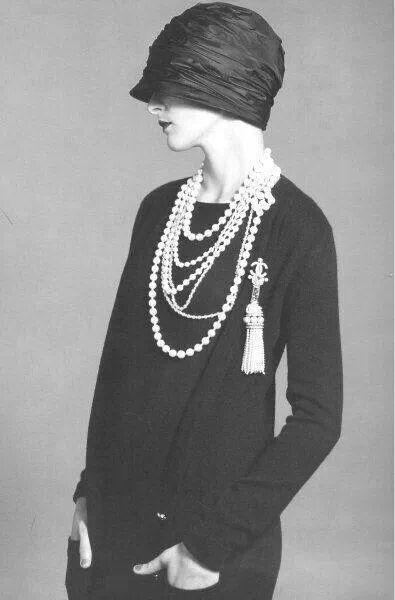 The Twenties was a pioneering decade for wearing makeup. Young flapper girls exerted their independence by rebelliously lashing on heavy makeup – oxblood lips shaped into a delicate cupid’s bow and dark kohl-rimmed eyes. It became fashionable to apply powder and lipstick in public.

Let’s not forget the men of the Twenties. Their style could only be described as dapper, with boaters, bow-ties and blazers. Men cast off the more formal suit of tailcoats, and adopted satin-trimmed short jackets and trousers.

Men didn’t shy from accessorising either. They were often seen with pocket-watches, walking sticks and an ever-present hat. The Brooks Brother’s, who were popular in Fitzgerald’s time, designed a full collection to coincide with the release of 2013’s The Great Gatsby. 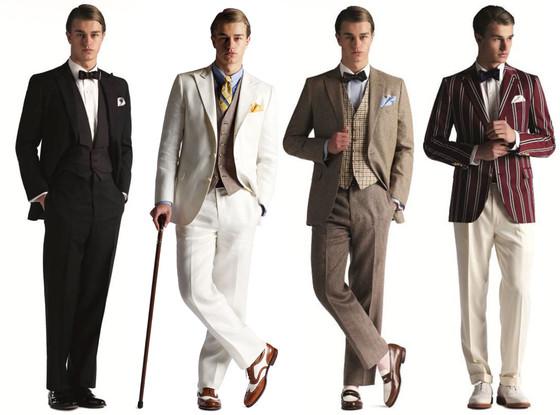 It looks as though the 1920s will influence the catwalks for many seasons to come. As we saw in many SS14 shows, the Twenties continue to roar. 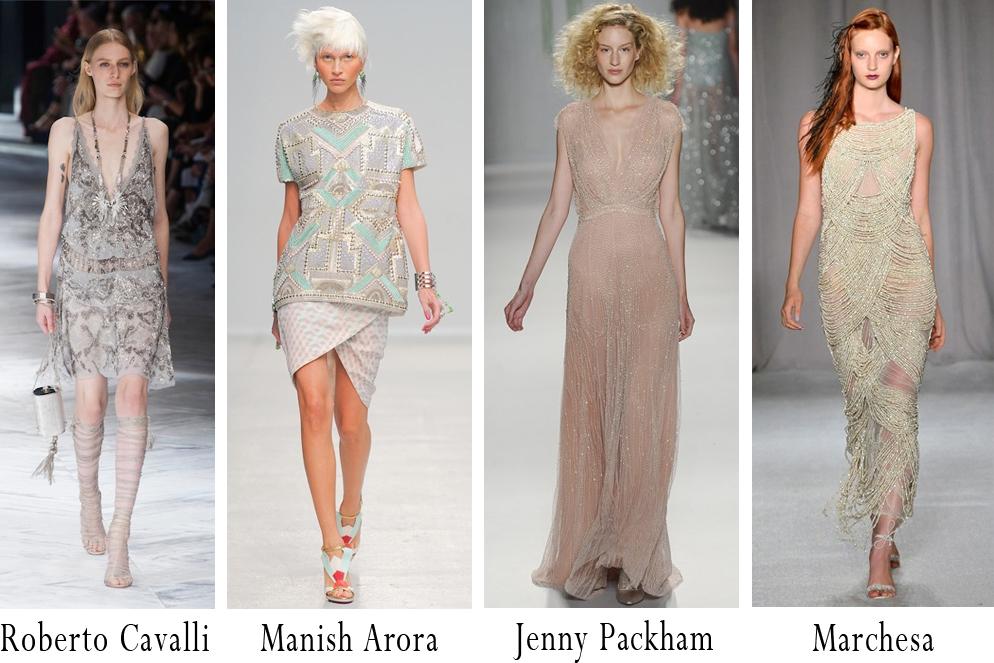 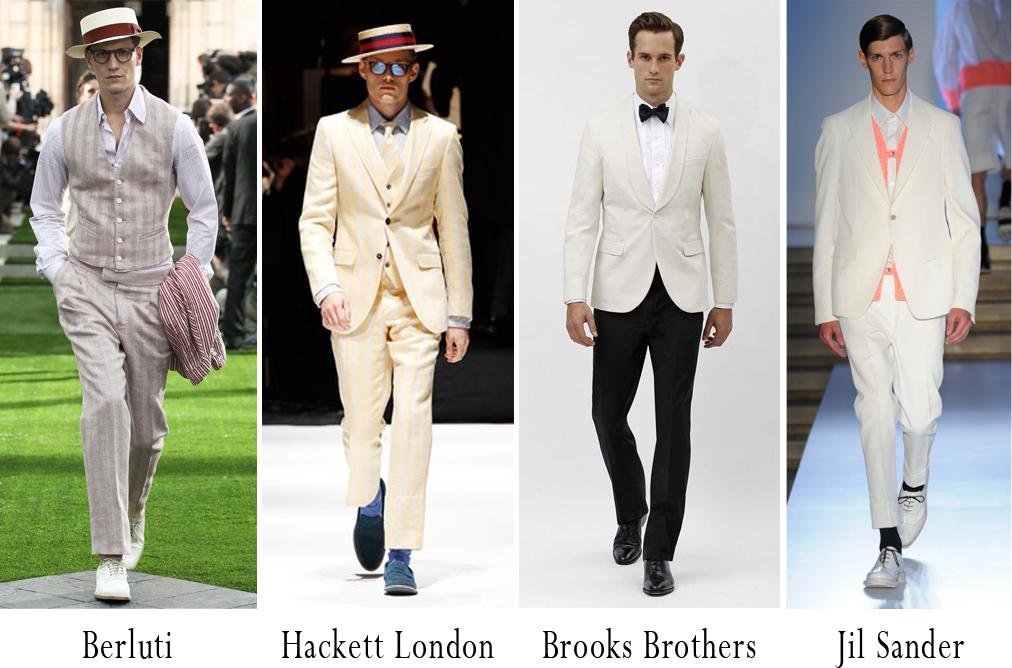 Is ‘Streetwear’ the new norm?